← more from
Silver Bear Recordings
Get fresh music recommendations delivered to your inbox every Friday.

Waiting For The World 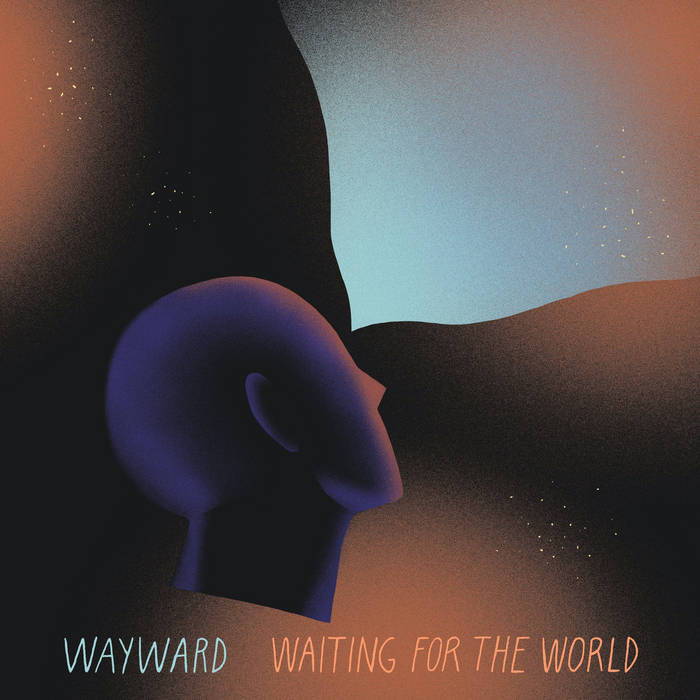 Luca LoFi Waiting for the world to hear this project! Truly a beautiful album that aptly encapsulates the mood of the era. Cuts on this record move in seconds from hard beats to emotive synth & instrument passages with tasteful vocal chops/recordings that highlight a deep yearning for the past. As the record progresses, tracks like Thirty Three begin to conjure a cautious optimism for what is yet to come. Favorite track: Casper Pt. II.

256 Pi surprised at the lack of buzz around this! I'd never heard of these guys before, came across them by pure chance, but wow as far as downtempo/breakbeat stuff goes this is exceptionally well made. did a full video review here: www.youtube.com/watch?v=UWaESIncQiE Favorite track: Thirty Three.

London duo Wayward bring their deftness in producing bold and emotive cuts to a revealing debut album Waiting For The World. A leap in artistry, it showcases what Louis Greenwood and Lawrence Hayes are capable of when calling upon intimate memories and feelings, with a diverse body of work that mixes mellowed electronica with breaks, DnB, jungle and techno.

An ode to records like Burial’s seminal opus Untrue, a constant source of inspiration which opened doors in the duo's minds that electronic music can conjure up feelings and visuals. This realisation sent them off on the same tangent in their music, as Waiting For The World demonstrates.

Wayward explains - “This album is our first full length and it feels like we’re making the music we should be. You don’t get a shot at a debut album twice, and we wanted to put out a sonically diverse record that is as energising as it is emotionally-evocative with atmospheric tracks to chill to, and ones with the energy of club impact. We focussed on conjuring specific times, moods and places to bring through reinterpretations of memories and moments not just for us, but for anyone listening”

In the studio they have a history of delivering high quality productions for artists across a spectrum of genres, including Grammy-winning creative giant Skrillex, Ninja Tune’s Park Hye Jin, and Camden singer/songwriter Chelou.

This album, however, comes on the other side of a creative block which had Louis feeling lost. A solo clubbing experience in Tokyo was the big breakthrough he needed and he returned feeling hugely inspired, laying down a thumping brew of techno, hip hop and soul in the studio. A global lockdown gave the pair a chance to journey back through music they had made across the past two years in London, Berlin, and Los Angeles, where they spent time at a writing camp with iconic Detroit producer Amp Fiddler while working on Chelou’s album.

A turnaround in creative steam and Waiting For The World started to take shape.

‘Oath’, named after the club in Tokyo, chases down the sounds Louis heard within its walls. Flickers of introspective melancholy and euphoria can be heard through scintillating synths and wistful keys in tracks like ‘Canvey Island’ and ‘Bright’. Emotive qualities also come through on tracks dedicated to loved ones, such as ‘Jill’ and ‘Casper part 1’.

Thoughtful samples are laced throughout, the most striking within the explosive ‘All A Bit Mad’ where you’ll hear Femi Koleoso (drummer of London Nu Jazz band Ezra Collective), hyping up the crowd at a gig in London. Uplifting from the get go Femi’s MC Style chants overlay the synths and drums Wayward have primed for the reopening of dance floors. The nostalgic first single ‘Back To The Old Days’ encapsulates their years DJing and putting on events in Leeds, curating impressive line-ups with Benji B, DJ EZ and Giles Peterson to name a few.

Friends since the age of 11 and bonded by a lifelong love for music the pair share a studio and live together in North London where they grew up influenced by the city. In the ten years Louis and Lawrence have been immersed in the scene they’ve DJ’d across the UK, wider Europe, the US and Australia; curated a series of revered club nights in the UK; released a stack of notable releases through Cin Cin Records, Beats Of No Nation and finally found a home in Silver Bear Recordings, a label they’ve been A&Rs for since 2017, steadily crafting its sound, signing regular music from the likes of O’Flynn, and now the home for their debut album

Artwork by Andreea Ilisai
Master by Conor at Calyx

Bandcamp Daily  your guide to the world of Bandcamp

Nightmares on Wax and Bremer McCoy stop by with their sublime new LPs.